The day before I was admitted to the hospital to give birth, I got the call I have dreaded for so long that any time the phone rang my heart dropped.

Robbed by ALS of her ability to swallow solids, limited to a quarter of normal lung capacity, my mom was not likely to be with us long.

She was being gently cared for by the big hearted folks in Hospice.

My brothers were enroute. I was in no position to go anywhere.

In the hospital we had to tell the nurses and doctors why I randomly teared up while waiting to move into more active labor. It was not a physically hard labor.

In the post delivery room, I recorded a 20 second video for her- introducing my mom to her newest grandson. That twenty second video took 30 minutes to record.  Each abandoned and deleted attempt I deemed too emotional. I did not want her to hear my sorrow, and so I offered a proud smile and hoped to give her a moment in time where she could see the future she helped form and create.

The next day I sent a detailed email describing how excited Ranger was to meet his brother and I sent pictures.  I could not make a video without being overwhelmed.  My brothers passed along my messages and shared with me how mom was being her usual self- willing to chuckle at a joke and enjoying the beauty of what was around her.

Six months ago my father died.  They were just short of their 31st wedding anniversary. She would be joining him soon. We all told her - me through my brother- that it was ok. We were all supportive of her wishes to have a dignified end.

My mother is gone. 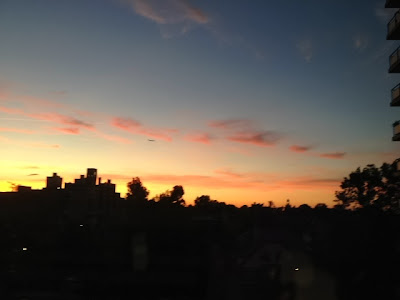