Today was a good day.
It was the kind of day you want to bottle up and keep in your memory forever- something to remember fondly. Because toddlers can be fickle, and there are days when holding onto the memory of good days are what get you through.

I didn't expect much of today, when Ranger slept later than normal but only because of multiple wake ups during the night. He woke up in the morning crying from what I guess was a nightmare. He was crabby and slow to start. Oh boy, I thought to myself, it's going to be a looooong day.

But then we had a special breakfast at Dunkin Donuts, and went to the playground. Ranger tested out his super hero flying poses on the swings. Later, We stopped at the pet store on the way home. I was looking to see if they had sand to add to the small shoe box sized sand box I'm setting up for Ranger to find shells in. But y'all, he saw the gold fish and fell in love. He even tried to give them today's orange straw (kid loves to play with straws).

So what the hey, I got him a little tank and three gold fish. I was feeling a bit down about nothing in particular, and retail therapy works especially well when I get to hear "Hi Fish!" throughout the day. He really likes those fish. I got one little statue to put in- with three frogs on a rock. I thought we could add more decorations in the future as prizes for successful potty time.

After our fish friends got settled in, we hit the patio with all our plants (not trees- Ranger calls them "not trees" because at first he called them trees and I would reply, predictably, they're not trees). I had a huge bag of potting soil and some repotting to do. His help was...mostly as chief mess maker, though he did manage to safely transplant a few cucumber seedlings. And there was watering with the big green watering can!

Once we went back inside we played a half hour (or more) of chase the toddler around the house to try to get the forthcoming poop into the potty. It's not the kind of thing most people would include in their good day list, but there is something silly and sweet about a little boy who will hold it in mid squeeze to avoid going on the toilet. Who says, "no,no,no,no" when asked if he is pooping.

After that and a quick lunch, we watched Pocoyo and saw an episode where a cape and mask was introduced. This fascinated Ranger, so I found his cape and made a paper mask. He liked the idea of the mask but not wearing it. (I nearly answered the door wearing the mask as a hat if not for the mirror by the door. I'm sure the Fresh Direct delivery guy has seen sillier things, but I would have been embarrassed).

And for most of the afternoon we swished around the living room, and giggled and said hi to the fish and giggled some more. We built towers with Legos, played trains, and watched the seen it at least twice a day episode of Bubble Guppies where a witch turns the puppy into a frog (love how Ranger pronounces witch, weeeetch!).

We had so much fun, it shouldn't have been a surprise when he fell asleep in the car on the way to dinner and slept through the whole thing. He woke up in time for a dinner at home (hog dog) and a bath, and fell asleep talking to the fish next to his bed.

Such an awesome day! So I write it out, Bottle it up- save it, and later, on tougher days, take the occasional trip back to his giggles and laughter and swishing. 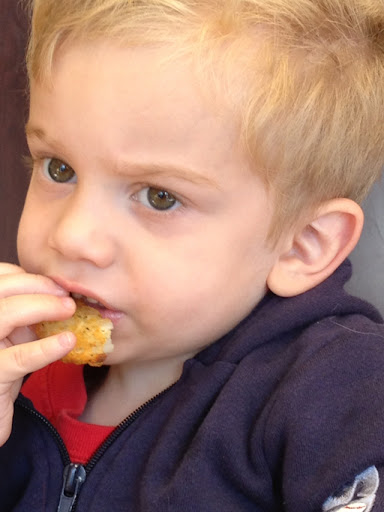 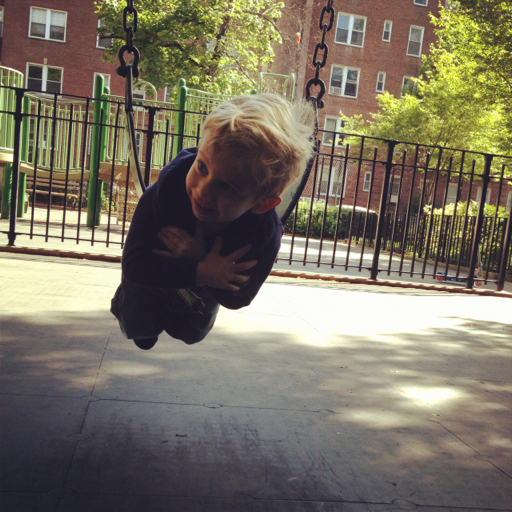 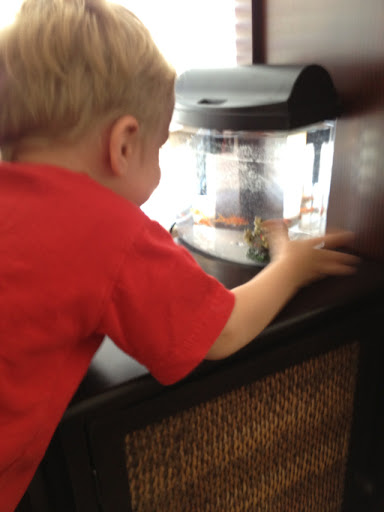 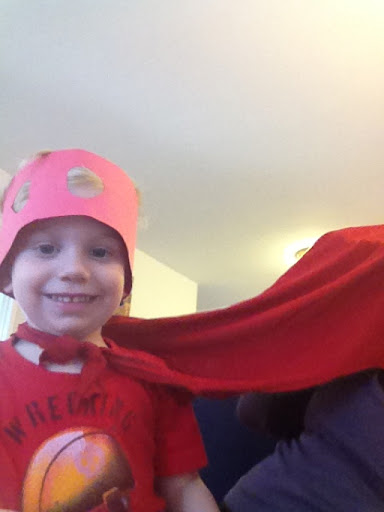 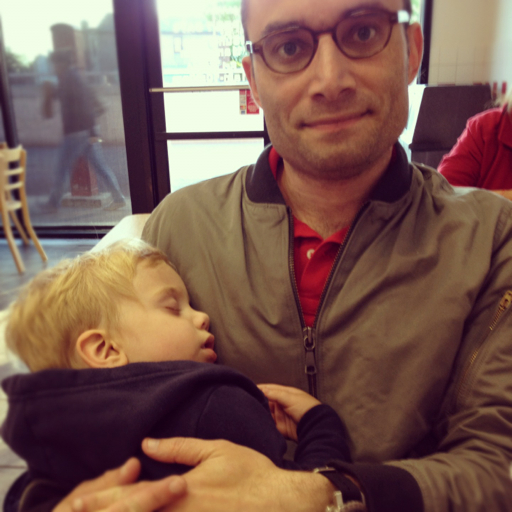