We have transitioned to a new generation of iPads, and with this change came apps that now work! I have several of these to tell you about, but decided I would take them one at a time.

Curious George Zoo
This app was a featured app and has a lot of great reviews. Ranger liked this app a lot at first, but there are some things in the app that seem designed to frustrate him. For instance, you can wash an animal, but it is hard to tell how long you need to do each action and even I thought there were times the animal was ready for the next step but the app wouldn't go forward until the first action was done (appearances to the contrary). The same applies to "waking up" an animal. Sometimes an animal is easy to rouse, but other times nothing we do wakes it.

The sticker portion is awesome, and Ranger really liked the different scenes and the option to have Curious George take a picture of the sticker scene.

There are games to play, and those are just beyond Ranger's ability to play, but he likes to try anyhow. Lately though selecting the games feature crashes the app.

I recommend this app...but suggest you wait until they have a new version out. There are several planned additions so hopefully they will make things a little more responsive and less glitchy. UPDATED: 5/25/12 we tried the updated version and were pleased to find the bugs ironed out! So much more fun now! 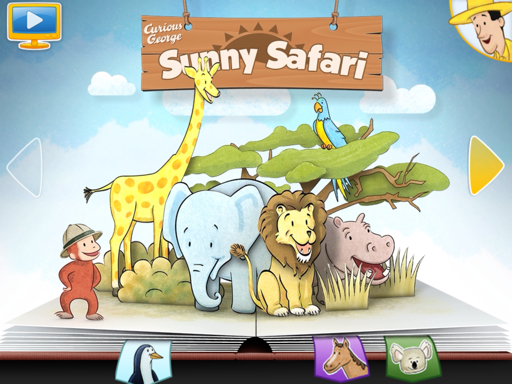 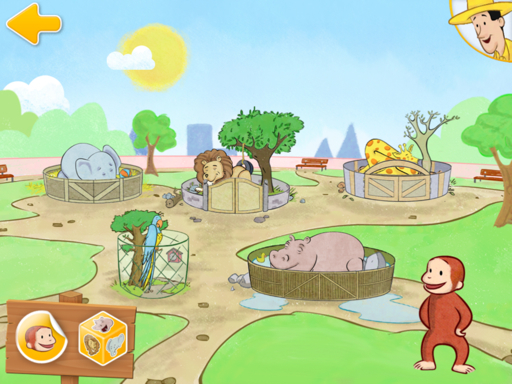